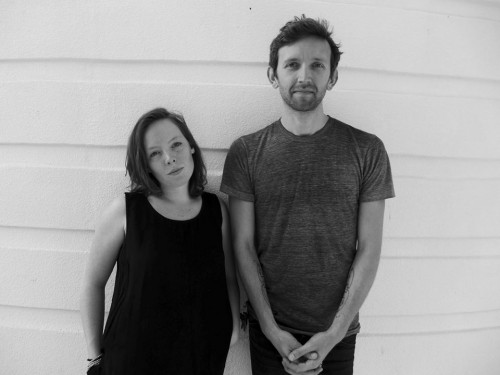 I’ll get back to Bleeker soon I’m sure, for now I really want to talk about Mountain Man.
I heard Mountain Man for the first time at the 2011 Newport Folk Festival. Actually, I wasn’t technically at the festival when I heard them — their stage was right next to the main gate and my dad had lost our tickets, so that’s where I was waiting (he eventually found them). I couldn’t see them but I could hear their voices over the fence, and that’s all it takes to fall in love with this band.

I first wrote about Mountain Man that following September for the fantastic cover songs blog Cover Me, and that’s when I started obsessing over two of their songs in particular, “Holy Father” and “Play It Right,” both of which are embedded right here:

Fast forward to 2014. Mountain Man has still only released one studio album, 2010’s Animal Tracks, (they also put out a cool live recording in 2011), but they’ve stayed active, most notably touring as background vocalists with Fiest. As great as this must have been (I didn’t see the Fiest tour, sadly), it meant an unfortunate dearth of new music from Mountain Man for awhile. In December they released their first new recording since the Fiest tour, posting a John Denver cover on their bandcamp site, which both sounded great and tricked all of their fans (including myself) into thinking they might be recording new music.

Instead we got Sylvan Esso, and I’m certainly not complaining.

To be fair, Sylvan Esso existed before. They’ve even played shows (opening for Justin Vernon’s Volcano Choir, no less). The timeline sketched out above is just my own experience, and I spent most of last summer on a small boat, so I missed out on their debut. I finally discovered them when Stereogum premiered their new song “Coffee” on Jan. 21, and I’m sure glad I did. Before I say more, here’s the track:

Sylvan Esso is a new collaboration between Amelia Meath (Bennington College Class of 2010) and Nick Sanborn, who also plays bass in the terrific band Megafaun and makes electronic music under the name Made of Oak (hear some of his work right here). The pair first appeared together in September 2012 during Sanborn’s Made of Oak set at the Hopscotch Festival in Durham, N.C., when Meath came onstage to sing on the last song of his set.

In an interview with Durham’s IndyWeek, Meath says they met by chance when Sanborn and Mountain Man ended up on a bill together, and she ended up asking him to remix “Play It Right.” That remix is now officially part of the Sylvan Esso catalog – they released it in July on a double A-sided 12-inch single (on Trekky Records) with their song “Hey Mami” (which also has acapella and instrumental versions of both songs, for nerds like me). Here are those two tracks:

Right now, Sylvan Esso is accepting pre-orders for their next 12-inch, which will come out on March 26 and have “Coffee” backed with the yet-to-be-heard track “Dress.” They’re also touring (dates here) between now and SXSW in March, where I’m sure they’re going to get plenty of attention. Sadly the closest the tour gets to Bennington is Brooklyn on a Thursday night, and I can’t quite make it. Also, by the time this gets published, it probably will have already happened. (Edit: they’re touring Europe with Wye Oak too!)

So that’s the story. Let’s talk about music for awhile.
The female vocalist + producer duo formula has gotten popular recently (see: Lorde), and it’s no mystery why. When done right, with electronic sounds that complement the singer’s vocal tone and aren’t distracting/annoying, it works really well. Sylvan Esso has this balance completely figured out.

I’m going to start with “Play It Right” because I’m most familiar with it, having listened to the Mountain Man recording a lot. While I really do miss the spine-tingling unison rests of the original, I think this remix/revisiting of the song has a lot more momentum and drive, and it works out nicely. Sanborn does a good job following the important melodic cues in the chorus, underlining the drawn-out notes with those synth jabs. I also like that he leaves the verses to speak for themselves, underscoring them with bright little rhytmic blips. I also like the way everything winds down during the middle instrumental break, teeing up Meath’s return on the “And we will move just like we’re in the movies” part. It’s definitely worth listening to both versions, and I think trying to pick a favorite just comes down to mood.

“Hey Mami” is that track that really gets me excited about this project. The lyrics, vocal performance and production are all really well-aligned and cohesive, with each element adding to the “laid-back city street” feel that this song captures. The production kicks in a little bit at times, but for the most part it just hovers in the background, keeping the focus on Meath’s clever little melody runs (I love how the “sooner or later the dudes in bodegas” section twists around) and the fresh, unexpected lyrics (I’m pretty sure there’s never going to be a Mountain Man song that says “look at that ass”). This song also manages to still sound surprising and unpredictable after you’ve listened to it a dozen times, which is both rare and crucial.

“Coffee” puts more focus on Sanborn’s production, and I think it does so successfully. I love how the irregular melody of the bass drum tone, xylophone pings and percussive woodpecker rhythms are carefully woven into the vocal melody, and how unpretentious it all sounds. Obviously you can’t, but it almost sounds like you could re-produce the beat of this song just tapping on a desk or something. Of course the vocals are smooth and alluring, and the lyrics say a lot in few words, which I always love. The images (“blazing summer, cold coffee”) are intimate and accessable like some of Springsteen’s best early lyrics, but not as complicated.

Sylvan Esso’s debut album is coming out May 13, but hopefully we’ll hear a few more tracks before that (because I’m going to have a hard time waiting). In the meantime, here’s a live performance of “Hey Mami” that gives a good look at what they’re actually doing to make these tracks. Sanborn’s APC40 technique is especially interesting to watch.