Posted on May 14th, by Jack in Articles, Bennington Banner, Writing. No Comments 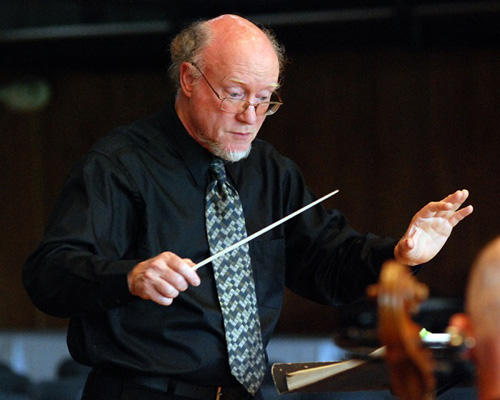 “Maxine Neuman and I have been friends for 35 years,” Shawn said in an email. “She has the world’s record in terms of performing and recording my pieces, and she has been a central person in my musical life.”

When Neuman isn’t touring Europe, teaching or performing in New York City (she said she plays Carnegie Hall about 30 times each year), Neuman lives in North Bennington. She arrived here when she joined the faculty of Bennington College in 1981.

Over the years, performing and teaching together has helped both Neuman and Shawn advance their musical careers.

“I’ve taken his music around the world,” Neuman said. “Bennington is so privileged to have a composer of his stature in its midst. It’s an education for the audience to be able to hear music when it’s hot off the press, and it’s an education for all the students to know that they’re getting music that really is world-class.”

Neuman’s son, Mark Humburg, is also an accomplished cellist and an active member of Sage City — he performed as the soloist on Samuel Barber’s “Cello Concerto in A minor, opus 22” in the orchestra’s fall concert in November.

Hamburg played his parts completely from memory during the concert, and he has challenged his mother to do the same during her performance.

“I started working on this six months ago, and I haven’t missed a day working on it,” Neuman said. “It makes an enormous difference to hear the piece come out of the performer and not have to travel from the page to their eyes, not to mention the fact that the cello is a very visible instrument — you can see every move the musician makes, but if there’s a music stand in the way, you can’t.”

A play off Aaron Copland’s “Fanfare for the Common Man,” Tower wrote her piece in 1986 for Marin Alsop, the Denver Symphony’s former director, and since then, Tower has written several new versions of the piece. Sage City debuted the piece at the recent inauguration ceremony for new Bennington College President Mariko Silver, performing the first version that Tower composed for brass and percussion.

The other two pieces Sage City will perform speak to the group’s interest in contemporary, uncommon and unique pieces.

“I’ve tried to steer the orchestra toward doing large-scale works that community orchestras in the outlying areas are not equipped to take on,” said Michael Finckel, Sage City’s music director.

This progressive spirit shows in two pieces that will follow the intermission this Sunday. Two smaller segments of the orchestra will play the first, Giovanni Gabrieli’s 1597 composition “Sonata pian’ e forte,” an antiphonal or spatial composition — the musicians will appear on balconies across the auditorium from each other, playing back and forth as well as together.

Returning, they will close with Elgar’s “Enigma variations,” a mysterious piece that notably hides its principal theme, in the words of Elgar, like a play where the chief character never comes on stage.

All of Sage City’s performances are free to the public, and Finkel feels that helps the orchestra artistically.

“We’re not going to sound like the New York Philharmonic or even the Vermont State Symphony, but nobody is paying high-priced tickets to hear every note exactly how it is written on the page,” Finckel said. “We try to make a good program for our own pleasure, but it means we can experiment, we can do with-out things. The idea in mind is for the players in the orchestra to have a musical journey.”